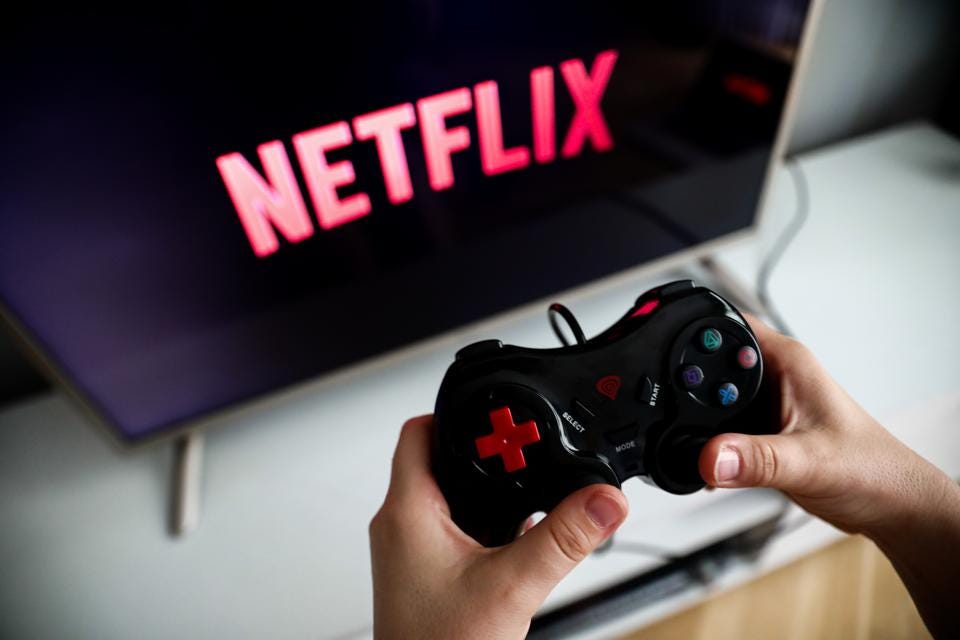 Netflix, the renowned streaming platform, has brought a new service to the table. It has released Netflix games. These include Stranger Things: 1984, Stranger Things 3: The Game, Shooting Hoops, Card Blast, and Teeter Up. Initially, Netflix allowed users to download Netflix games from Google Play, requiring a Netflix subscription to play and then included games in the Netflix app. This was released to Android first, then to iOS.

As so many free as well as paid streaming services are coming up, Netflix is not concerned about competition from them. Instead, Netflix is more concerned about the fact that its subscribers should keep watching instead of going for another type of entertainment like Tiktok. The company in its shareholder’s letter, said, “In the race to entertain consumers around the world, we continue to compete for screen time with a broad set of firms like YouTube, Epic Games, and TikTok (to name just a few). But, we are mostly competing with ourselves to improve our service as fast as we can.”

Before launching, Netflix has tested these games in Poland, Spain, and Italy. It gives users access to a limited selection of mobile games without any ads or in-app purchases, which is a feature that sets it apart from many other apps with good gameplay

Just before releasing these games, Netflix acquired Night School Studio, the developers of Oxenfree (2016). Night School’s co-founder Sean Krankel said, “Netflix gives film, TV, and now game makers an unprecedented canvas to create and deliver excellent entertainment to millions of people. Our explorations in narrative gameplay and Netflix’s track record of supporting diverse storytellers was such a natural pairing.” Earlier this year, Netflix also hired Mike Verdu, who has years of experience in gaming companies like EA, to lead its gaming team. Netflix recently announced a  game called Hextech Mayhem: A League of Legends Story, which will be free to Netflix subscribers.

Regarding the venture of Netflix into the gaming arena, Richard Broughton, a research director, said, “It’s a foothold in the market and helps the company to experiment. And I suspect we’ll begin to see bigger and better games as time goes by.” Netflix, which already has a vast array of highly grossing and critically acclaimed movies and series which make sure that people are hooked to their screens, has finally stepped into gaming. This is a huge and unprecedented decision and a unique way for Netflix to make sure that subscribers keep using their app- whether it is for gaming or streaming. The gaming feature is just as easily available to Netflix users as the streaming feature is; even those Netflix users who haven’t played many games before will automatically be curious to see what one of their favorite platforms has launched.

The simple fact that a user can watch Stranger Things- Season 4 and then immediately play the Stranger Things game in the very same app is just mindblowing. It seems like Netflix is very dedicated to winning the hearts of gamers, but they will have to compete with some big moguls like Xbox, Sony, Nintendo, etc. The company is consistently improving its user experience so that existing members would willingly spend more time on the app and non-users will also be enticed to get a subscription.